I want to tell you about my father’s murder.

I want to tell you who killed him, and why. This is the story of my life. And the story of your life and your world too, as you will see.

I have waited for a long time to write of this: I believe one needs wisdom, and insight for such a task. I think one has to first get the anger – in fact, all the emotions – under control.

I am forty-seven years old today. The age my father was when he died, in the Year of the Lion. Perhaps that offers enough distance from the events of the time, though I don’t know if I will ever develop the necessary wisdom and insight, but I worry that I will begin to forget many of the crucial events, experiences, people. I can’t postpone this any longer.

So, here it is. My memoir, my murder story. And my exposé, so everyone will know the truth.

"It is a crime thriller, but it's far more. The first sentence is: "I want to tell you about my father's murder." The actual crime takes place more than 400 absorbing, emotional and atmospheric pages later; the solution comes even later than that. The narrator, who is aged 47, tells of his teenage years when his father founded a small settlement, safe from a virus that has killed most of the world's population. But as the community grew, so did their problems, their jealousies and the moving relationship between father and son. There are shades of Cormac McCarthy's superb The Road, but Fever grips even more."

— Marcel Berlins in the London Times.

"Deon Meyer should be applauded for this brutal, unflinching tale of the excesses of humanity coiled like a python around a coming-of-age tale; one that makes one think deeply about the human condition as it entertains as well as warns of the dangers ahead, for our dark-side maybe our undoing, as well as our salvation - for we are all feral - given the right context. Miss this insightful thriller at your peril, because as crime thrillers go, this is the big summer read of 2017."

"... a thought-provoking, postapocalyptic examination of the human condition, with two diverse views of our species: Willem's core empathy versus Domingo’s assertion that men are animals. With its stunning final revelation, this is a remarkable literary achievement."

"Fever is one of the best books of the year. Deon Meyer is a masterful writer and has created a stunning epic that brims with emotion. The mystery, thrills, and action kept me riveted to every page. Highly recommended"

"So fascinating and suspenseful that I feverishly struggled, with shaking fingers, to turn the pages fast enough."

"...this is less a mystery in any sense than a thought-provoking, postapocalyptic examination of the human condition, with two diverse views of our species: Willem's core empathy versus Domingo's assertion that men are animals. With its stunning final revelation, this is a remarkable literary achievement."

The World of Fever 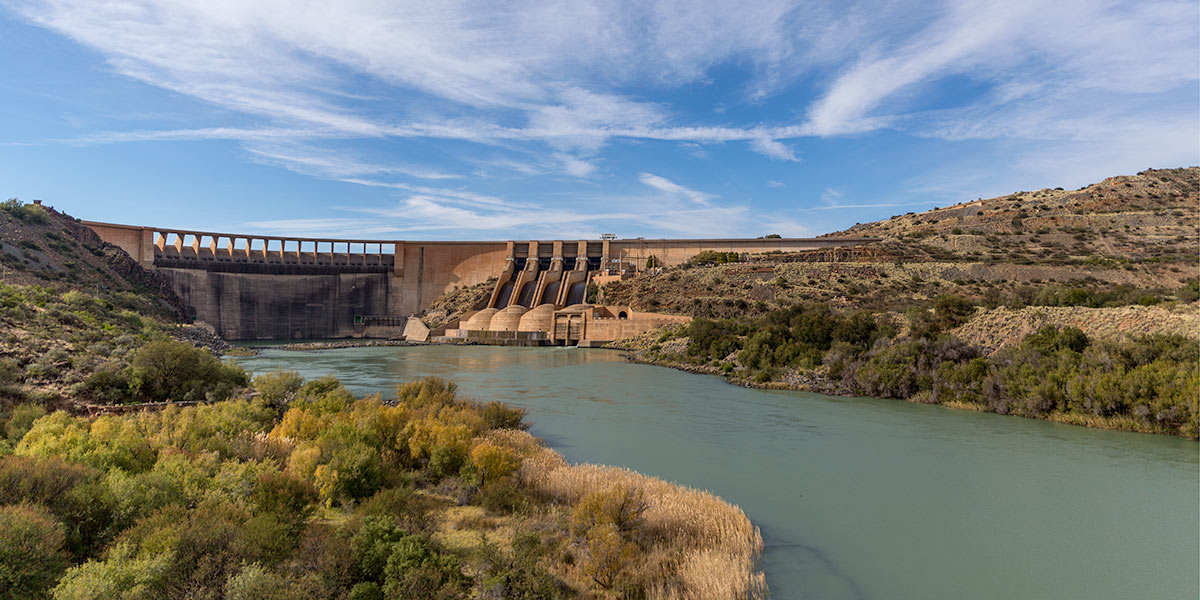 Power Station: The Vanderkloof Dam wall, where Nico and Willem stop their truck for the first time. The hydro-electric station is right next to the four sluices on the right. Battletruck: The Volvo FH 480 used by Willem and Nico storm before they settle at Amanzi. The truck later becomes the battle wagon for Domingo's Special Ops Teams. Air Field: The landing strip at Petrusville, about 13 km from Amanzi (Vanderkloof). This is taken in the direction from which Hennie Fly would be coming in over the dam on his epic flight. Air Force One: The Cessna 172 Hennie Fly uses before he and Nico go search for the turbodiesel version. 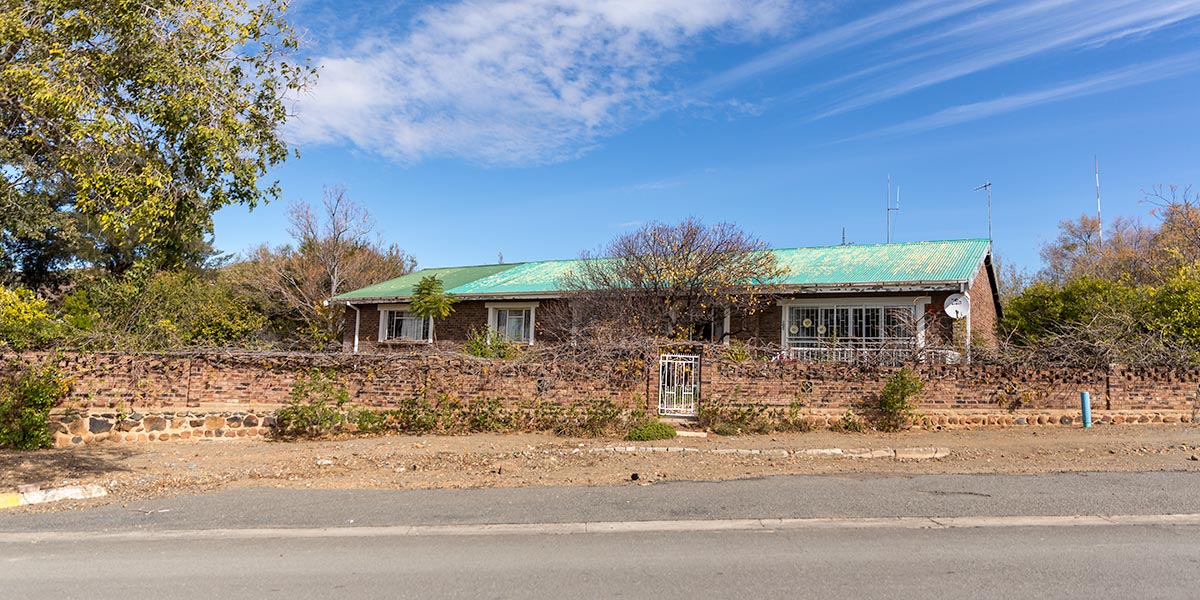 Hot house: In the bedroom, Willem Storm is burning up from the fever. Nico stands guard in the lounge (big window right) when two very bad men come calling. Uphill battle: The road up to the Special Ops HQ, the final uphill during the race between Nico and Sophia. 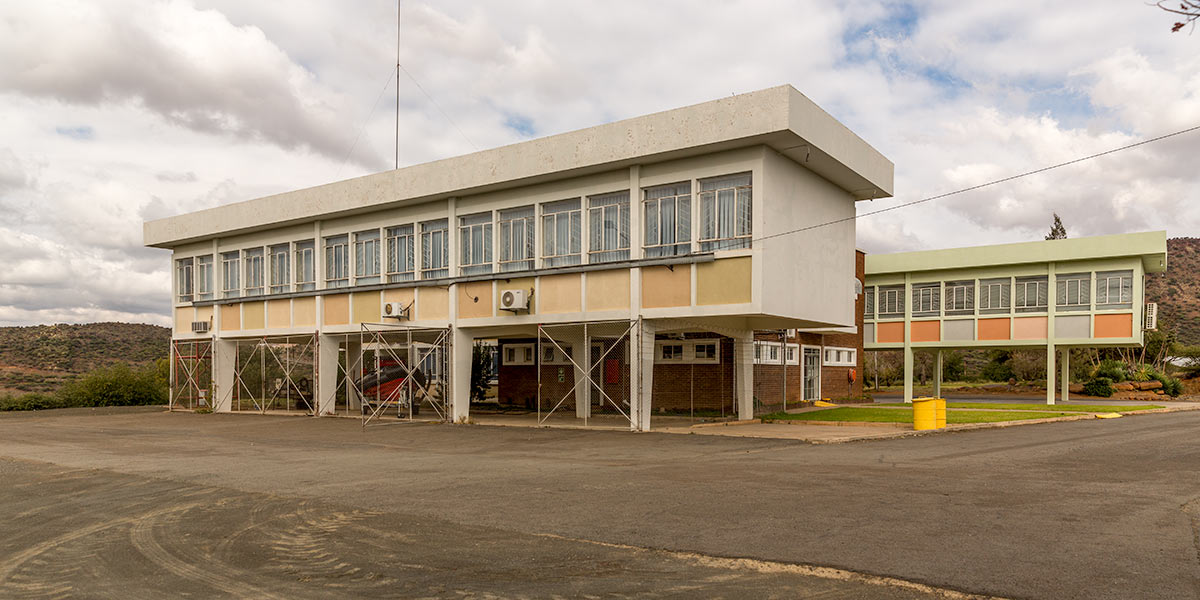 Home of the Brave:: The old Department of Water Affairs offices at Vanderkloof. Domingo turns this into the barracks and HQ for the Special Ops teams. 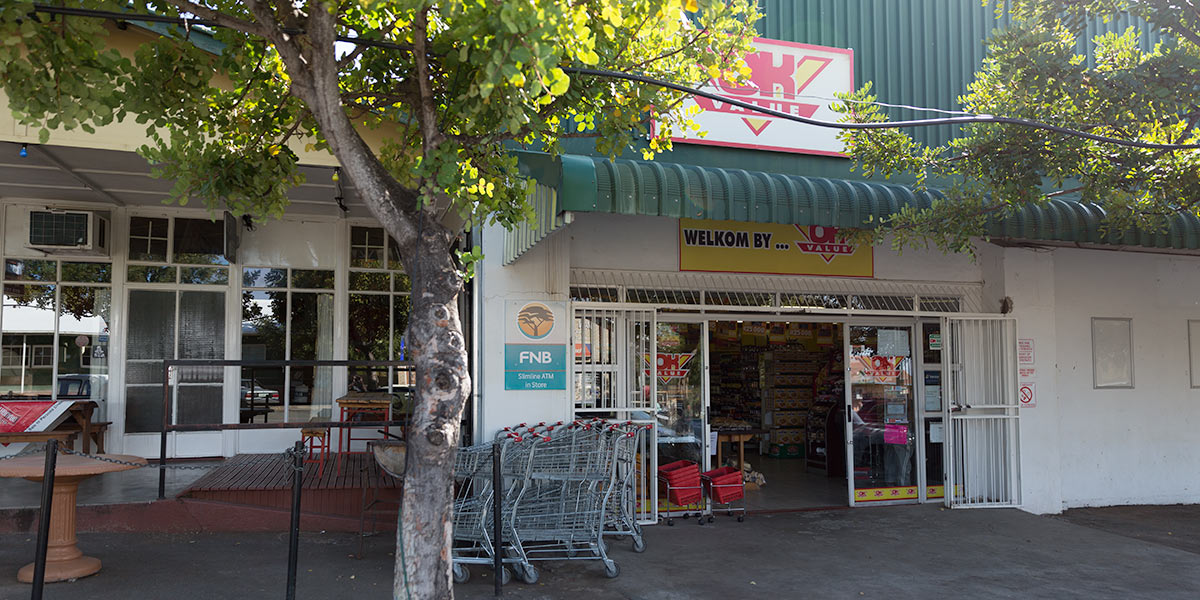 Food Store: The existing OK Value supermarket in Vanderkloof. This is where Nico and Willem Storm encounter the Cobra when they first visit the town. It also becomes the community's food storage when agriculture takes off. 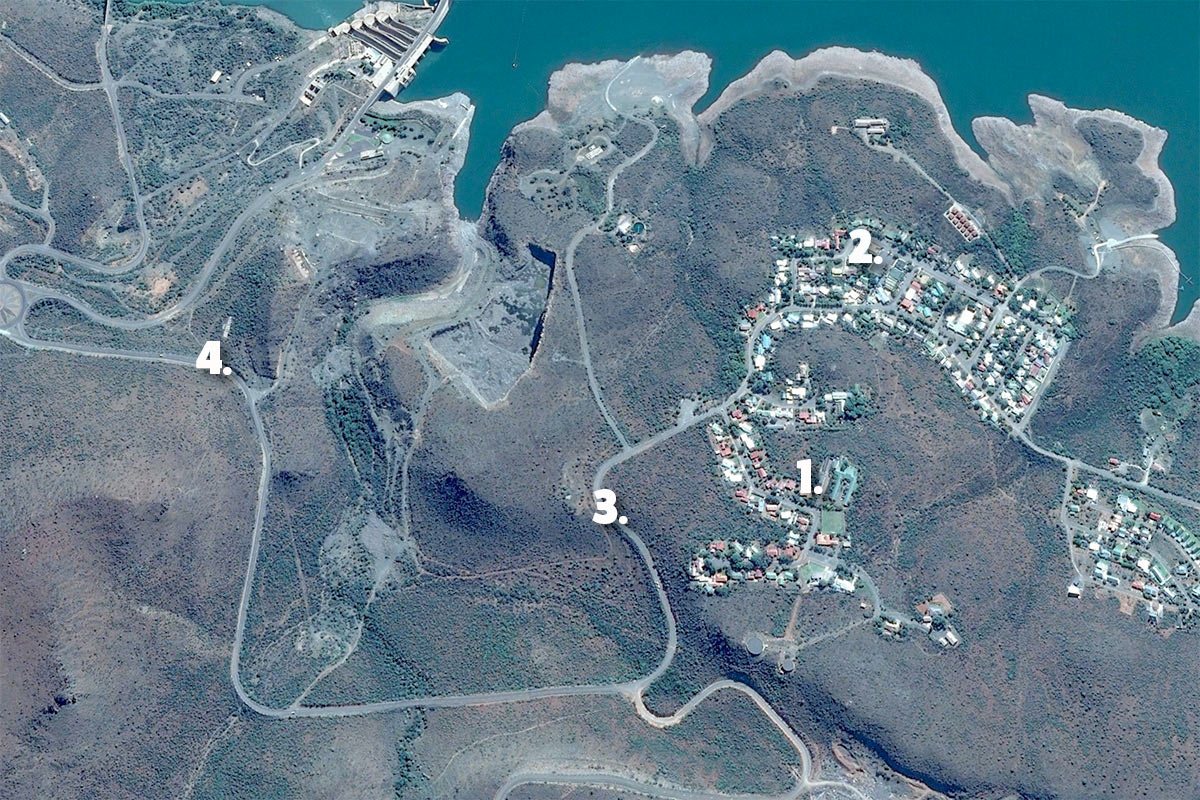 Bird's Eye 2: .
1. The town of Vanderkloof (Amanzi). The numeral is just about where the Orphanage is.
2. The Nature Reserve.
3. The Jeep track starts here, and winds up to the reserve. This is where the big attack came from.
4. The landing strip at Petrusvile, where Hennie Fly keeps the Cessna. 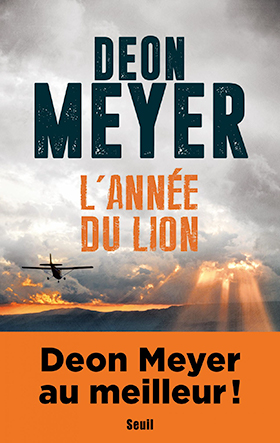 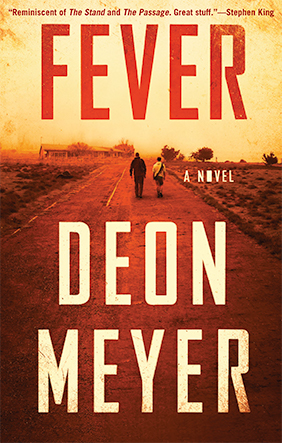 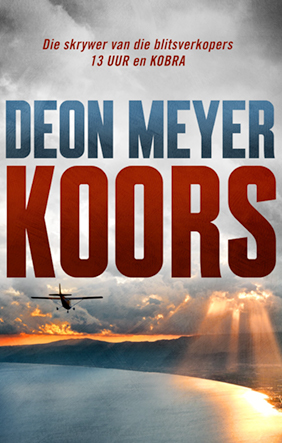