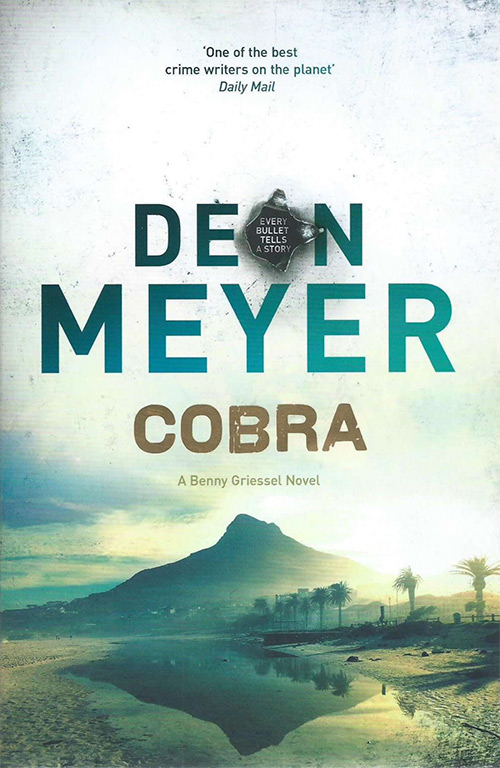 The last thing captain Benny Griessel of the Hawks needed, was trouble.

Because he might be hitting the bottle again, he's lying to his colleagues and his Alcoholics Anonymous sponsor. And moving in with Alexa was a mistake. A rascal of a mistake.

But the guest house bloodbath near Franschhoek was the work of a professional assassin - three victims, three perfect head shots. And it isn't only the the inexplicable engraving of a spitting cobra on the shells - and the looming media circus - that's making Griessel very nervous.

Two of the deceased were lean military types. Special Forces. Or Spooks.

Down the passage, in the last bedroom on the right, are signs of a struggle, and too much evidence that someone was kidnapped. Probably a foreigner.

But the passport is fake, the British Consulate is playing spy games, and the same assassin goes on a shooting spree at Cape Town's Victoria & Alfred Waterfront. Then, the shadowy State Security Agency wants to take over the case, and the Hawks has to hunt down a very slick, very smart and very elusive pickpocket to save their pride - and the democracy.

"With this venomous, scintillating Cobra, Deon Meyer hits turbo charge, and creates a plot worthy of the best spy novel, in the furnace of an electrifying thriller, to create a masterpiece."

"Deon Meyer has reinvigorated this genre thanks to his formidable talent for staging action, that drives the reader, bated breath, to the very last page. Added to this, Meyer possesses a deep humanity that permits him to create primary and secondary characters that the reader will immediately connect to. The cherry on the cake is the context in which these novels take place, South Africa today, post-apartheid, as desperate and fascinating and as beautiful and violent as the world of KOBRA. Reaffirmation for his many fans and at the same time, an excellent introduction for the lucky new reader to his world."

"Deon Meyer, the most famous crime novelist in South Africa, writes about corruption in a way that no political analyst would ever dare to do."

"This is terrific stuff: fine plotting, superb characterisation, a constant thread of suspense, a multi-ethnic cast and an intriguing setting (Cape Town itself and the wine-producing region around Stellenbosch). It also comes with a glossary of South African terms and if Cobra doesn’t win at least one major prize this year, then someone needs a good snotskoot blikseming."

"Relentlessly suspenseful, topical, hard-hitting and richly rewarding, COBRA is a superb novel from an author who is acclaimed around the world as a brilliant voice in crime fiction."

"Mr. Meyer, the leading thriller writer in his native country, traffics in crime-novel situations familiar the world over: drunken cops, charming robbers, dangerous murderers, sudden violence—and sometimes, issues of race. Mr. Meyer’s South Africa, however, is unique. His books, translated from Afrikaans, are usually set in the Cape Town region, where mountains spectacularly meet the sea on the Horn of Africa. Amid these vistas his detective confronts his own—and his country’s—tortured past and the legacy of Apartheid."

"Meyer . . . vividly depicts the story of South Africa in his novels, from the hope and turmoil of the fall of apartheid to the corrupt and desperate aspects of present-day Cape Town. . . . Meyer’s novels have an insistent forward motion, and the ones featuring Captain Griessel in particular have a pleasing relentlessness.".

"Deon Meyer’s series . . . grow[s] richer and more sophisticated with each new book. This progression makes Cobra the most dazzling of the bunch."

The World of Cobra Pickpocket Paradise: V&A Waterfront: Just to the right of the Ferris Wheel is where Tyrone finally steals a purse. With deadly consequences. Bellstar Junction: This is where Tyrone waits for the kidnappers - to exchange two very valuable items ... 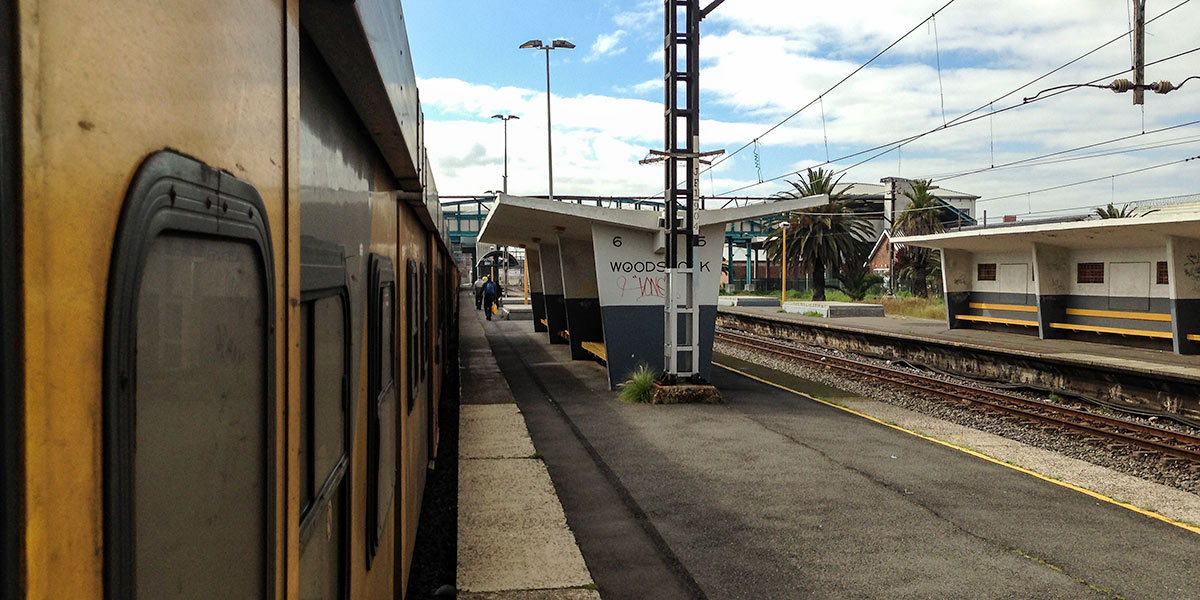 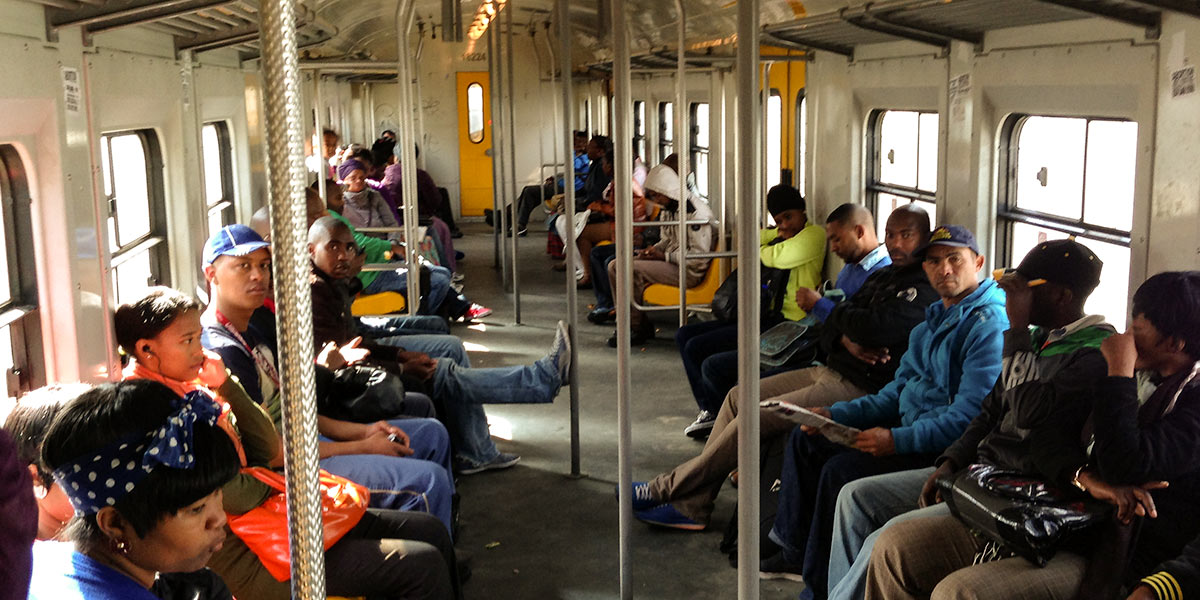 Coach of Death: In Third Class, Mbali Kaleni has to confront a deadly assassin. And Bennie Griessel makes a grave mistake. PC Technologies: If you want to sell a hot laptop, or need help with unfathomable technology, this is where you go if your name is Tyrone Kleinbooi. 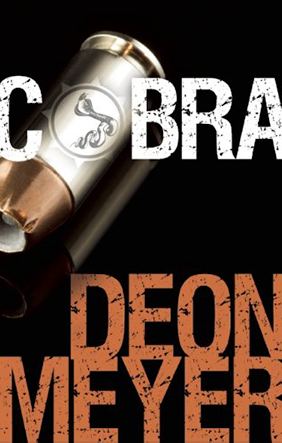 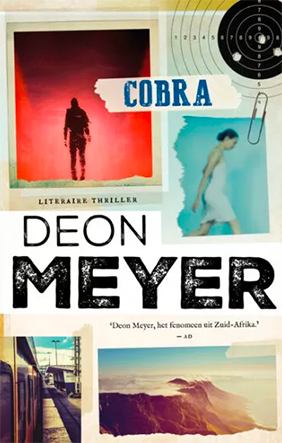 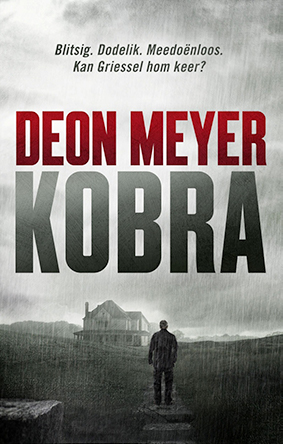