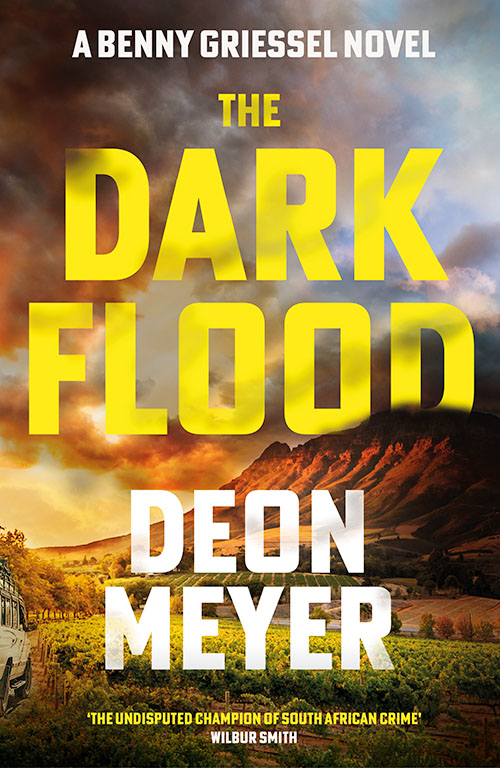 Something's rotten in the State of South Africa.

A frustrated Vaughn Cupido looks at Benny Griessel. “Benna, just explain one thing to me: Where’s the logic? We live in a country with a huge crime rate, the SAPS has had the biggest brain drain and loss of experience in its history these past ten years, there’s a helluva problem with corruption in said Service, and they let the country’s two best former Hawks detectives search for a student on a binge weekend because his mobile was stolen. Where’s the logic?”

“I’ve been thinking about that all weekend. There’s a snake in the grass, Vaughn,” says Griessel.

Someone shot warrant-officer Milo April at the Cape Town Waterfront. In cold blood. In broad daylight. And maybe a senior officer of the South African Police Services ordered the execution. And maybe it’s connected to the mysterious letters warrant-officers Benny Griessel and Vaughn Cupido have been receiving. With hints of State Capture shenanigans.

But to their great frustration, they have to waste their precious time searching for a missing student, probably just another kid on a crazy weekend bender.

And mega-rich Jasper Boonstra, the notorious corporate swindler, asks Sandra Steenberg to sell Donkerdrif, the very, very expensive wine estate, on the quiet. Sandra, mother of two, wife to author Josef, needs the money badly. She is drowning in debt, stuck in a web of deceit. But the transaction goes awry fast, and now Griessel and Cupido are investigating her too.

As they slowly make progress, the detectives realize that the cases are connected by the darkest passion of all: Greed.

“Many writers treat character and context as window-dressing for their plots. Meyer roots his novels in them. This makes Griessel’s fate important to the reader and gives Meyer’s writing the heft of Table Mountain, as well its ability to take your breath away.”

— James Owen in The Times (London).

“In a thriller packed with intrigue and biting social commentary, Meyer proves he is South Africa’s finest crime writer.”

“Is Deon Meyer the most accomplished South African crime novelist in the genre’s history? The Dark Flood is further evidence of that assertion.”

“Stellar ... he toggles between story lines and keeps things moving toward the wholly satisfying conclusion. This is the best work yet from this gifted author.”

“Meyer handles the complicated plot with panache, bringing in both men’s private problems and relationships to create plenty of warmth.”

“Meyer brings readers another tense thriller with meticulous plotting, delving into corruption in South Africa’s power structures, police abuses, and land schemes. Detectives Benny Griessel and Vaughn Cupido, facing exile, go on the search for a missing university student and computer programmer, a case that will once again send them down the mean streets of a broken system. Meyer is one of today’s most skilled crime craftsmen.”

“Griessel and Cupido are talented, brave, and funny . . . The plotlines are tightly knitted together, and the story ends with a nifty twist. A well-crafted blend of suspense, culture, and humor. Meyer is terrific.”

" Griessel and Cupido — the former on the wagon, the latter on a diet before his wedding — make a great double act."

"It's a seductive symphony of improper appetites, greed, ambition, intuition, sex pests, hunger, lust ... and a search for love. Benny and Vaughn's friendship crackles like a fire."

"Meyer is a master storyteller. DONKERDRIF has one of his most intelligent story lines ever."

The World of The Dark Flood 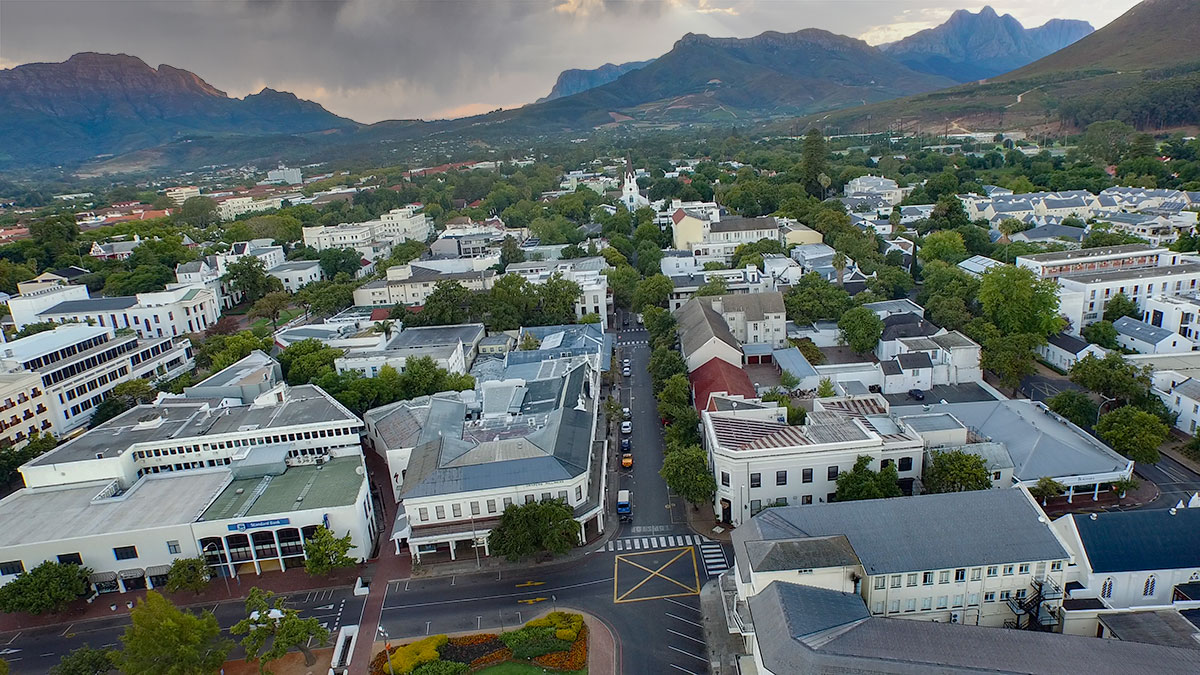 Stellenbosch: Church Street in Stellenbosch, with the University (red roofs, top left), and the Jonkershoek valley (top right) in the distance.

Bull Pen: The HQ of the SAPS detectives in Stellenbosch, where Benny and Vaughn have an office.

Real Estate: The historic building in Dorp Street, Stellenbosch, where Sandra Steenberg works as a realtor. 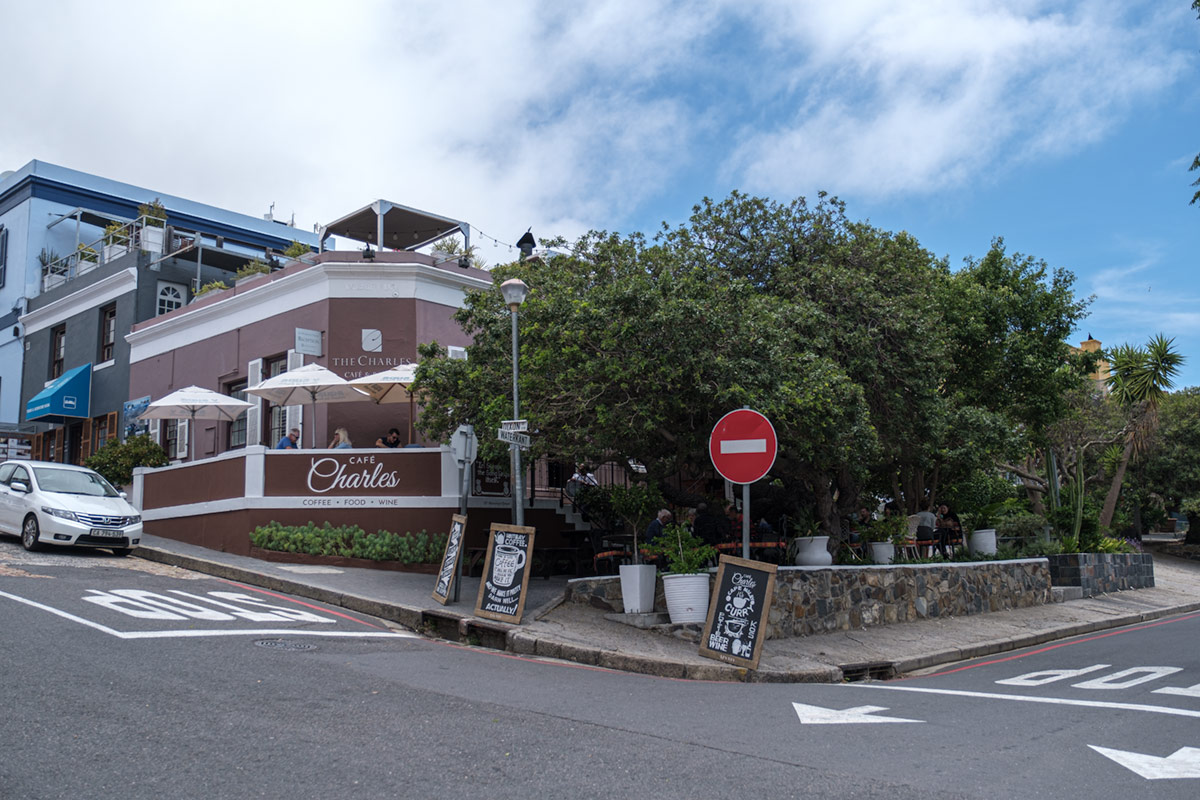 Daily Grind: Café Charles in Cape Town's Waterkant district, where Benny and Vaughn contemplate their future over coffee after the disciplinary hearing.

Steeple Chase: Church Street in Stellenbosch is famous for the old Dutch Reformed church, it's quaint street cafés, and very often, the expensive German and Italian supercars parked there. 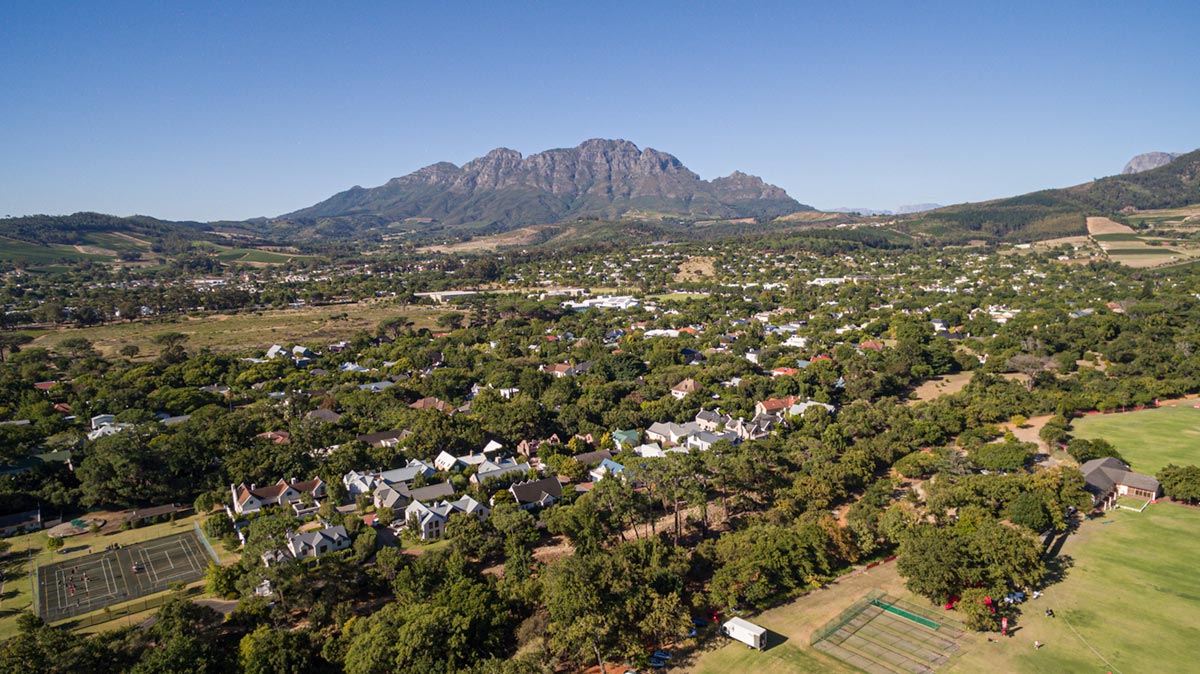 University Town: A part of Stellenbosch, showing the area towards Jonkershoek (to the right, Jasper Boonstra's territory) and the famous Simonsberg mountain.

Baronsberg: The peak on the left is Botmaskop. This is the Jonkershoek Valley, where Jasper Boonstra's fictitious farm is.

Fuzz Plaza: The Stellenbosch station of the South African Police. 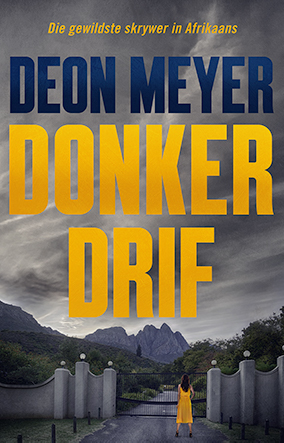 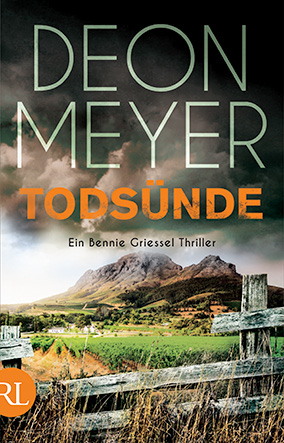 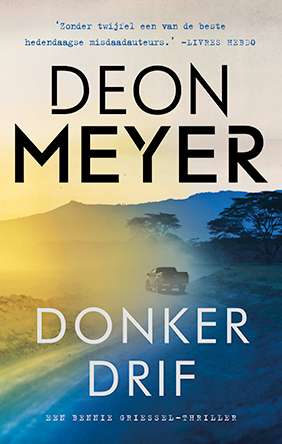